Tehran
See and Do

The Milad Tower or Borj-e-Milad is the tallest tower in Iran. It rises in the northwest of the capital Tehran, between the Shahrak-e Gharb and Gisha districts, and measures 435 meters from its base to the antenna. Symbol of modernity, it was built in 2007 and its official opening took place in 2008. It is currently the sixth-tallest communication tower in the world, after the Canton television tower, CN Tower in Toronto, Ostankino Tower in Moscow, the Tower Shanghai Oriental Pearl, and the Tokyo Sky Tree.

Actually, the tower belongs to the Milad complex, Tehran International Convention and Foreign Trade Center, which includes restaurants at the top of the tower with panoramic views, a five-star hotel, a congress center, a business center, and a technology park.

Structure of the Milad Tower

The structure is located at the top of a hill, supported on a reinforced concrete foundation, and 33,000 cubic meters of concrete were used for its construction. The head of the tower is a twelve-story structure, built of steel and weighs about 25,000 tons. It is the largest and tallest structure of its kind in a communications tower in the world. Its base is octagonal, symbolizing traditional Persian architecture.

On the upper floors of the tower are the two panoramic observatories, an upper one covered with a glass and steel dome, and a lower one in the open air. There is also a luxury restaurant and an art gallery. The antenna mast is 120 meters high and has four sections. The lower one is used to adjust public broadcast telecommunications antennas, and the other three are dedicated to radio and television antennas belonging to the government of the Islamic Republic of Iran. 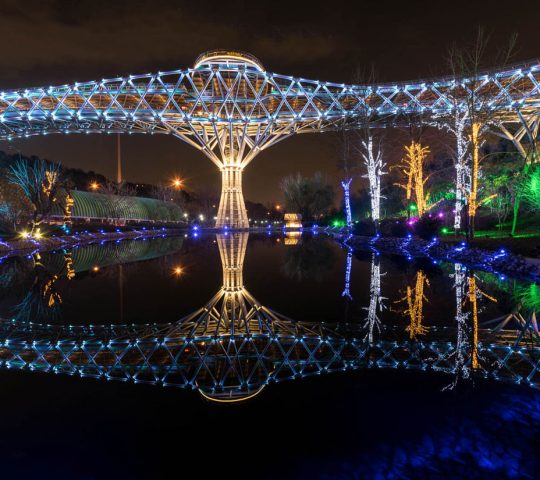 Tabiat Bridge is the longest pedestrian bridge in Tehran, connecting two large parks in the… 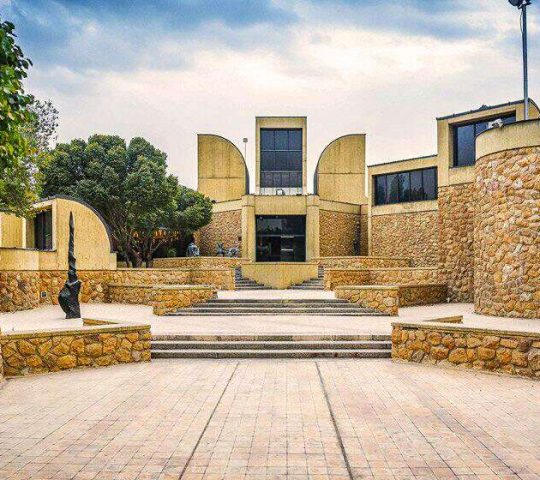 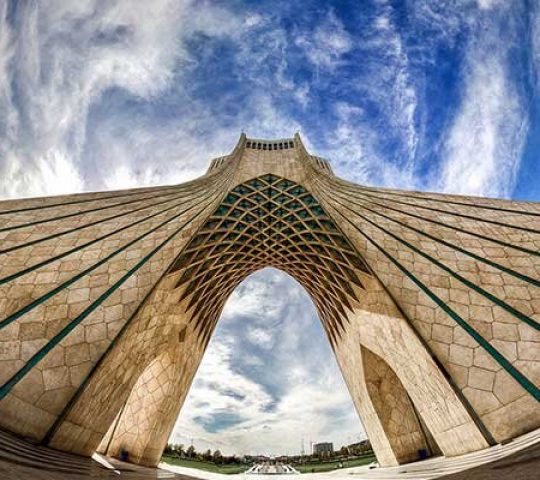 The Azadi Tower is the most representative monument of the city of the Iranian capital,… 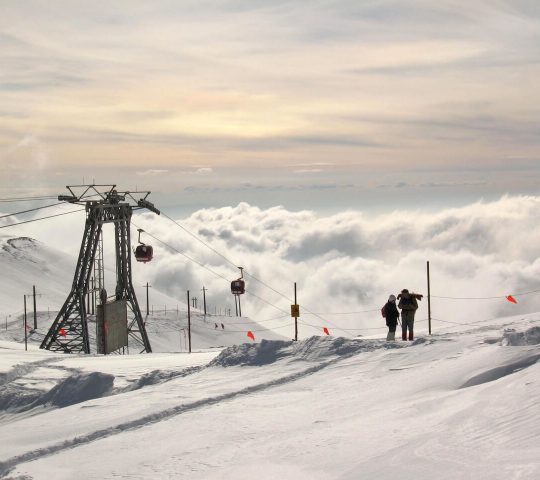