The National Museum of Iran or Museum of Ancient Iran is an archaeological and historical museum in Tehran. This Museum, with a history of about eighty years, is not only the largest museum of archeology and history of Iran but also in the culture of Iranian museum management is considered as the mother museum.

The National Museum of Iran consists of two buildings, each with three halls displaying artifacts from pre-Islamic and Islamic periods. The first building was designed by André Godard and opened in 1937. It was affected by the Sassanid-style vaults, particularly the Taq-e Kasra in Ctesiphon. With an area of about 11,000 square meters, it was completed within two years by Abbas Ali Memar and Morad Tabrizi. The main entrance resembles that of an Eywan Khosrow.

In the first building, you can find exhibits from the early Paleolithic to the Sassanid period. The second building dates back to 1972 and contains, among other items, art and texts from the Islamic period. In the museum, there are research departments on the Palaeolithic and Achaemenid periods, as well as a center for ceramics research.

Sections of the Iran National Museum

As mentioned TheNational Museum of Iran is divided into the Museum of Ancient Iran, opened in 1937 and dedicated to the pre-Islamic collection, and the Museum of Archeology and Islamic Art of Iran opened in 1996 and which contains post-Islamic objects. It consists of three floors and contains various pieces of pottery, textiles, texts, illustrations, astrolabes, and adobe calligraphy from 1400 years of Iran’s Islamic history.

The oldest artifacts in the museum come from archaeological sites in Kashafrud, Darband, and Ganj Par, dating back to the Old Paleolithic. The first hall displays Mousterian stone tools made by Neanderthal men.  The most significant tools come from the Yafteh Cave in Lorestan and date back to about 30-35,000 years ago. Further, there are also 9,000-year-old figurines of humans and animals from Teppe Sarab (in Kermanshah province), among many other ancient objects. A life-size figure of Darius I, made in Egypt and found in Susa, is also on display in the museum.

In the Islamic section of the National Museum of Iran, excavated and collectible items are on display. Besides a section with Qurans, there are other sections with book manuscripts, Persian miniature paintings from different miniature schools such as those of the Shiraz, Isfahan, Herat, and Indian schools of painting and of the Mughal Empire.

Furthermore, there are exhibits on astronomy, such as Astrolabe. There are also sections on handicrafts, such as ceramics, textiles, and metal crafts. Some parts of the permanent exhibition are regularly loaned to museums such as the British Museum.

The ground floor of the new building is dedicated to contemporary art exhibitions from the museum’s collections. Temporary exhibitions are featured two or three times a year and are usually run for about one or two months. One of the most successful exhibitions, titled Evidence of Two Hundred Thousand Years of Human-Animal in Iran, was open from August to October 2014. The exhibition was mainly about the relationship and coexistence of past human societies and various animal species in Iran, after the end of the Lower Paleolithic until modern times. 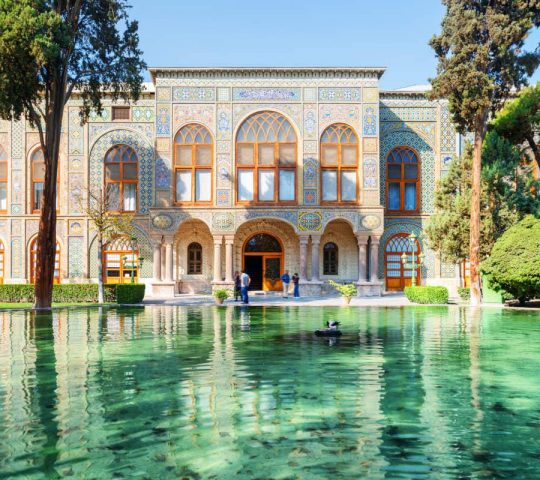 Golestan Palace is the historical residence of the Qajar dynasty located in Tehran. The oldest… 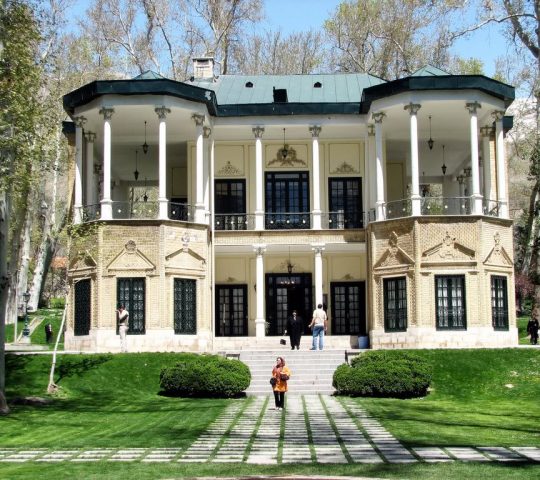